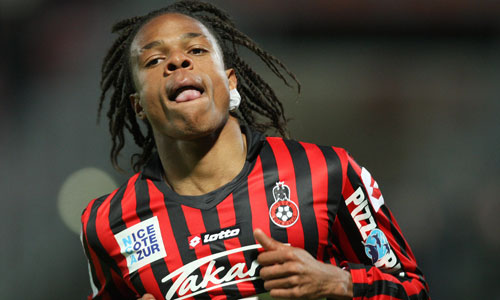 OGC Nice’s centre forward Loic Remy has once again been linked with a move to Arsenal after reiterating his desire to join the north London giants.

The 23-year-old, who has been the subject of three bids from his ex-club Lyon, revealed that he still hopes for a move to the Emirates Stadium despite the pre-contract agreement Arsenal have with Marouane Chamakh.

“My preference would be Arsenal over Lyon. I won’t hide it. They are a young team with a developing game and with ambitions. I really take pleasure in watching them play. It is an ideal place to continue to progress. You never know in football what will happen. But Arsenal are a club that make me feel desire.”

For those of you who aren’t aware of the talented Frenchman. Remy is a fast, powerful striker with great balance and a fierce finish. The former Lyon frontman is versatile across the front line, but is best in the lead striker role, which would fit into Arsenal’s regime perfectly. Remy has scored 11 goals in 28 appearances so far this season.

Vote in our poll below on who you would prefer to see Arsene Wenger recruit this summer.