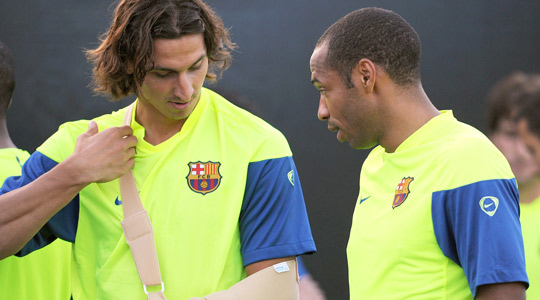 The Swede is a serious doubt for Tuesday’s evening clash due to a calf strain and it looks likely that either Henry or the in-form Bojan will now start against Arsene Wenger’s side.

This positive-looking news  for Arsenal comes off the back of today’s last-gasp win against Wolves, with Nicklas Bendtner scoring in the fourth minute of stoppage time.

Arsenal need to win at the Nou Camp on Tuesday, although a 3-3 score draw or above would see the Gunners also go through to the semi-finals on the away goals rule.

Have your say in our poll below.