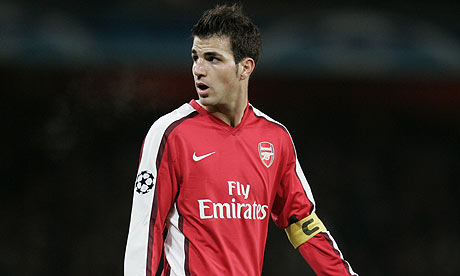 Alex Song has  rubbished constant newspaper reports by revealing  that Arsenal skipper Cesc Fabregas will definitely not be leaving the club this summer.

The Spaniard has long been linked with a move to Barcelona whilst Manchester City and Real Madrid are also reportedly interested despite continual denials from Fabregas and Arsenal boss Arsene Wenger.

“Cesc is very important to us and he will be at Arsenal next season,” said Song.

“It’s good news. I am 100 per cent sure he will stay because we talk every single day. He loves Arsenal too much to leave and he’s told me he wants to win things at this club.

“He has never mentioned even thinking about going to Barcelona.

“People talk too much. There is too much speculation. It’s too easy to start rumours, but we have a fabulous team spirit and we want to win together.”

Gunners fans have already expressed their desire for summer signings, with Marouane Chamakh’s pre-contract reportedly finalised, a centre back and goalkeeper could also be on there way in the coming months.

Stay tuned to Gooner Talk for all the latest news, views and debate on Arsenal FC.