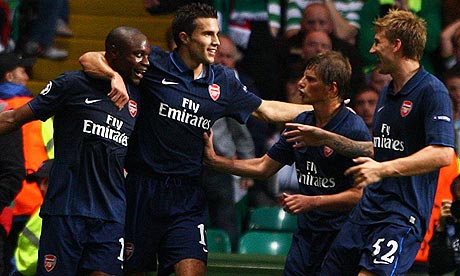 A whole array of European talent will be on show during July’s Emirates Cup competition after Celtic, AC Milan and Lyon were announced as the participating teams in the tournament.

The event takes place over the weekend of Saturday, July 31 and Sunday, August 1, and looks likely to attract a massive support for the prestigious pre-season competiton.

Sunday’s fixtures also start at 2pm, when a Ronaldinho-inspired AC Milan take on Champions League semi-finalists Lyon, with Arsenal and Celtic bringing the competition to an exciting climax with a Battle of Britain match which is the later game.

Leave your thoughts on the Emirates Cup fixtures in the comments section below.