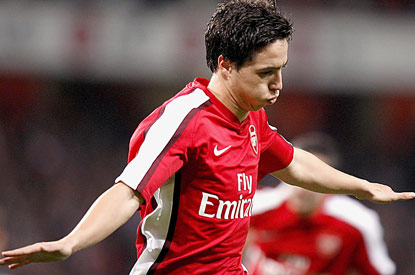 Arsenal midfielder Samir Nasri has not been included in Raymond Domenech’s provisional 30-man squad for this summer’s FIFA World Cup.

Les Bleus will go to the World Cup without Real Madrid’s Karim Benzema, Nasri and former Arsenal skipper Patrick Vieira after coach Raymond Domenech decided to omit all three from his provisional squad on Tuesday evening.

22-year-old Nasri endured a tough start to his campaign after suffering a broken leg during the Gunners’ pre-season training camp in Austria. Despite that, he managed to notch up 5 goals, and fill the boots of the injured Cesc Fabregas for the final months of the season.