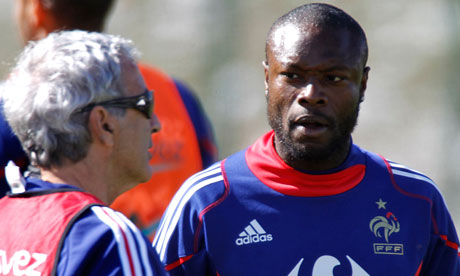 Raymond Domenech’s France side were unable to overcome a motivated and well organised Tunisian team, needing a second half header from William Gallas to rescue a draw.

Les Bleus coach Domenech stuck with his new-look 4-3-3 formation, making only one change from the team which beat Costa Rica 2-1 last Wednesday. First-choice goalkeeper Hugo Lloris replaced Steve Mandanda, who had been at fault for Costa Rica’s goal.

Gallas, who missed the final few weeks of Arsenal’s season after getting injured against Barcelona in the Champions League quarter-final, still looks short of full fitness but remains a threat on set-pieces.

The centre half’s goal can be seen below: