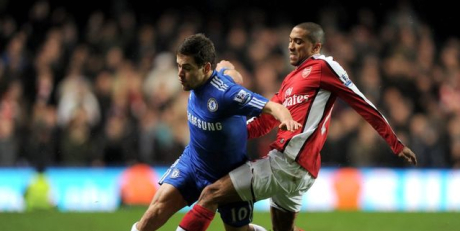 Chelsea midfielder Joe Cole will not make a final decision on his future until he returns from the World Cup, according to reports.

The 28-year-old England star is a free agent but his excessive wage demands of £120,000 a week have proved too much for Chelsea, Tottenham and Liverpool.

However, the Metro are suggesting that Cole, barring any complications in the process, expects a deal with Arsenal to be finalised next week, with a view to announcing the move before the tournament in South Africa begins in ten days’ time.

It seems unlikely that Gunners boss Arsene Wenger would be willing to pay Cole’s massive pay packet, especially after rejecting William Gallas’ £80,000 a week demands on a new contract.

Arsenal have already rejected Barcelona’s paltry £29 million bid for skipper Cesc Fabregas, but it looks as if another creative midfielder could quite possibly be on the way in the form of Joe Cole if the aforementioned reports are accurate.

Give us your views on this potential transfer and any other rumours you’ve been hearing lately!