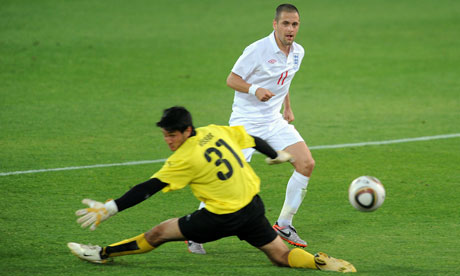 Joe Cole has still not decided which club he’ll be joining when his contract with Chelsea expires at the end of the month.

The 28-year-old will be released by the Blues when his contract expires on July 1st, with Spurs boss Harry Redknapp revealing that Cole will make up his mind on a deal at the end of the month.

Redknapp, responding to questions about reports linking him with the England midfielder, told talkSPORT:

“It’s not impossible. I think that Daniel [Levy], the chairman, has spoken to Joe’s agent and he said that Joe didn’t want to discuss any moves until after the World Cup. Then he’s going to look at his options.

“But he’s told us that he hasn’t decided anything yet and he hasn’t done anything definite. So there’s a chance.

“I suppose it all depends on the financial side of it and everything else, but according to his agent he’s not made up his mind yet.”

Cole has been linked with a clutch of clubs in England, most notably the Gunners, Manchester United and Spurs, while Harry Redknapp publicly declared his interest in securing the playmaker’s services this week.

Betting firm SkyBet have put Joe Cole odds-on at 4/11 to join Arsenal while Spurs are priced at 11/4 and Man United at 8/1.

Check out our previous articles on Cole by clicking on the links below: