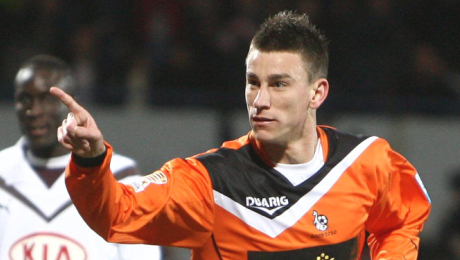 Lorient’s general director has revealed that Laurent Koscielny will wrap up his move to Arsenal in the coming “hours or days”, with small administrative details yet to be agreed.

On Saturday, reports emanating from France suggested that an official announcement would be made on Monday, but it seems that both clubs are still negotiating over minor issues which are holding up the £10.1 million deal.

“The deal has not been confirmed because there are some administrative details to be validated,” Serge Areguian, told the Guardian. “It will be made official in the hours or days to come.”

Koscielny, 24, is expected to sign a four-year deal worth £25,000 a week and form a centre back partnership with Belgian international Thomas Vermaelen.

The Gunners have agreed to let promising 19-year-old midfielder Francis Coquelin go the other way on a year-long loan to ease things through quickly.

Highly-rated ‘Kos’ was little-known a year ago when Lorient signed him from Ligue 2 side Tours for just £1.5m but an impressive season brought him to the attention of Arsenal boss Arsene Wenger.