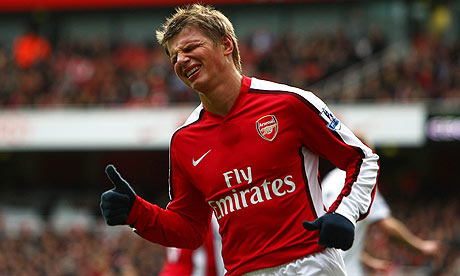 The 29-year-old, who was linked with Barcelona in January, is expected to pen a 1-year extension which will see him stay at the club until 2013.

Despite fuelling speculation over his continuing links to Spain, the outspoken Russian, who joined Arsenal from Zenit St Petersburg in January 2009, has finally decided to show his commitment to the cause.