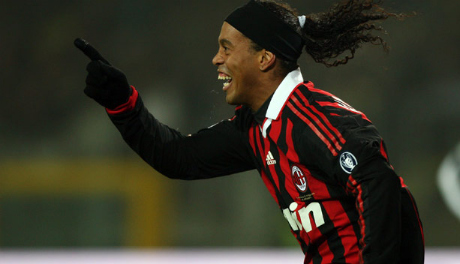 Arsenal fans who were hoping to see AC Milan star Ronaldinho at the Emirates Cup have been left disappointed by the news that the Brazilian is set for a month on the sidelines with a muscle injury.

The 30-year-old former World Player of the Year had to abandon training on Wednesday night after he complained of feeling a twitch in one of his flexor muscles, and it doesn’t look good.

Voices from Milan suggest he will have a scan later to determine the extent of the injury. The Rossoneri have stayed quiet over the damage, but their official website did confirm the player will have to undergo further medical tests.

You can see the Celtic, Lyon and Milan squads for the Emirates Cup here.