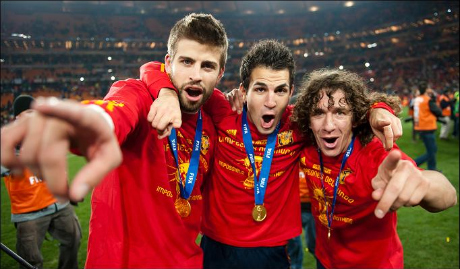 Throughout the summer no fewer than 8 Barca players have spoken out on how Fabregas should join the Catalan club.

“I wonder how intelligent it is keeping a player who doesn’t want to be there. After seven years of great service, I thought Arsenal could have granted him his dream move.

“Cesc has given everything to Arsenal to try to win a trophy but they haven’t matched his expectations.”

However, the Blaugrauna skipper has denied the quotes attributed to him, telling his personal blog:

“Hi everyone, these past days a British news media outlet has published some statements supposedly mine that are totally false, I just saw them and I can guarantee that I have not said anything nor talked to anybody about this subject. Cheers.”