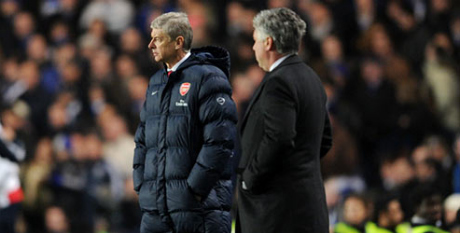 Arsenal boss Arsene Wenger has claimed that his side dominated play despite suffering a defeat at Chelsea on Sunday, but admitted his players have to be more clinical in front of goal.

Goals from Didier Drogba and Alex saw the Blues beat Arsenal 2-0 to open up a four point lead over Manchester City at the top of the Premier League.

Marouane Chamakh, Laurent Koscielny and Andrey Arshavin all wasted good chances for the visitors, leaving Wenger to bemoan his side’s profligacy in front of goal.

“The game should have been over almost before it started. We missed too many chances. We have to be more clinical.”

“We dominated this game quite surprisingly in my opinion. It was surprisingly easy. But we go home with zero points.”