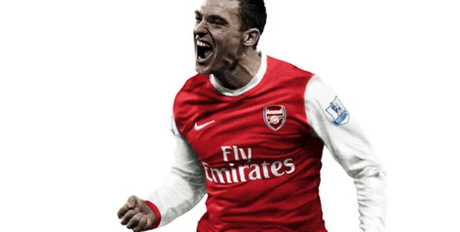 Arsenal boss Arséne Wenger has given the clearest indication yet that Thomas Vermaelen won’t be seen in an Arsenal shirt until the new year.

The 24-year-old has missed Arsenal’s last nine games with an Achilles injury that he picked up while on international duty for Belgium.

Speaking to fans at the club’s AGM, Wenger said:

“First we thought it would be a question of days, now it looks to be long. At the moment I cannot say exactly when he will play again.

“We have been hit hard by injuries, I concede that. On that front we have very competent medical staff and we analyse and check every training method we can.

“The long-term injuries we have had have mainly been from bad tackles and injuries that happened with national teams, when the players were away.

“Vermaelen is a case of a player who had nothing, went to play for Belgium, came back – Achilles tendon.”

Wenger’s comments mean that Sebastien Squillaci will continue his partnership with Johan Djourou for Sunday’s trip to Manchester City, while centre back Laurent Koscielny is also week or so away from returning.