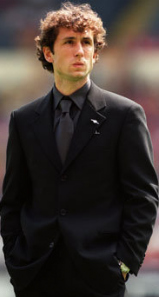 Former Arsenal defender Gilles Grimandi could be on the verge of becoming the club’s next assistant manager.

The 40-year-old, who is currently employed as the Gunners’ French-based scout, revealed at the start of the season that he had begun his relevant coaching badges with a view to managing in the near future.

Arsenal’s current #2 to Arsene Wenger is Pat Rice, who has been rumoured to leave his post at the end of the season.

Grimandi was one of Wenger’s first signings at Arsenal, joining from the manager’s former club Monaco in June 1997 for £2.5m. He left Highbury in 2002 for a very brief spell at the Colorado Rapids before returning to France.

He played 84 matches for Arsenal in midfield, right-back and centre-half and won the Double in 1998 and again in 2002.