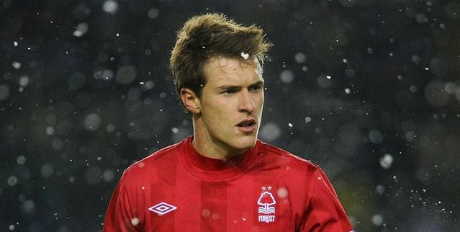 Arsenal midfielder Aaron Ramsey is wanted by Premier League newcomers Blackpool who want the Welshman on loan for the rest of the season, it has been revealed.

Ramsey, 20, has only recently returned from a loan spell at Nottingham Forest where he was sent by Arsène Wenger to complete his recovery from the broken leg he suffered against Stoke City in February of last year.

The highly-rated maestro figured in five games in his stint at the City Ground, starting twice, and is expected to start tomorrow’s Carling Cup clash at Ipswich having returned to the club a week ago.

Seasiders boss Ian Holloway has a good relationship with Wenger after Arsenal youngster Jay Emmanuel-Thomas had a successful loan spell at Bloomfield Road last season. Holloway believes Ramsey is Charlie Adam’s ideal replacement in the short term, as the former Rangers man closes in on a move to Aston Villa.