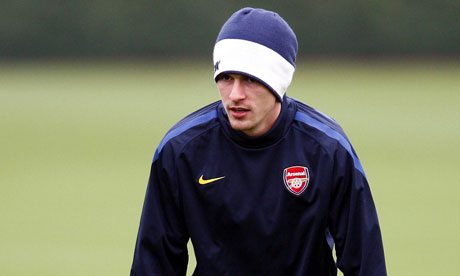 Championship side Cardiff City have signed Arsenal midfielder Aaron Ramsey on a one month loan deal, the Bluebirds have confirmed.

Ramsey, who rose through the Cardiff City academy from the age of eight, moved to the Emirates after starring in his first full season as a professional in 2008.

Gunners boss Arsene Wenger revealed at a press conference today that the Caerphilly born youngster, who has been recovering from a broken leg in the last year, will “possibly go to Cardiff” on loan, amid reports that the player the Cardiff fans christened ‘Rambo’ was in the Welsh capital today.

Wenger said today: “I am considering as well to give Ramsey one month out on loan, with a possibility of him to go to Cardiff”.

Now the 20-year-old returns to his hometown club for a loan spell after spending time at rivals Nottingham Forest last month.