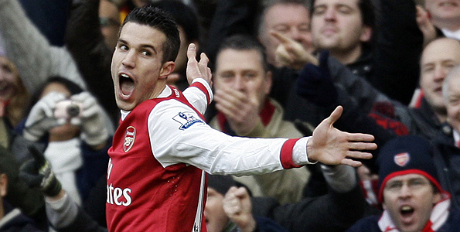 Gunners boss Arsene Wenger has taken no chances with his team this evening where Cesc Fabregas and Robin van Persie both start.

Nicklas Bendtner is also handed a start on the right wing, despite Denmark manager Martin Olsen complaining that Wenger ‘isn’t getting the best’ out of the Dane there.