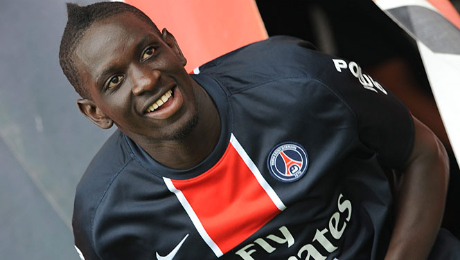 Arsenal are expected to make an offer for Paris Saint-Germain defender Mamadou Sakho in the summer, according to French daily L’Equipe.

Gunners boss Arsene Wenger was linked with a move for the 20-year-old last month but decided against a bid for the £12million-rated centre back.

Meanwhile, PSG boss Antoine Kombouare has admitted that Sakho is unlikely to still be at the Ligue 1 club next season.

“We tried to extend Sakho’s contact. I really want to keep him at the club, but on a financial level we could not make it and had to postpone talks.

“We don’t have the means to prolong the stay of a very important boy with a bright future.”

The L’Equipe report says that Arsenal would be prepared to double Sakho’s wages and believe that a £12.7 million bid could tempt PSG to part with their star defender.

Sakho’s contract runs through to the end of the 2011-12 season but Les Parisiens are expected to sell the player this summer rather than risk him signing a pre-contract agreement this time next year.