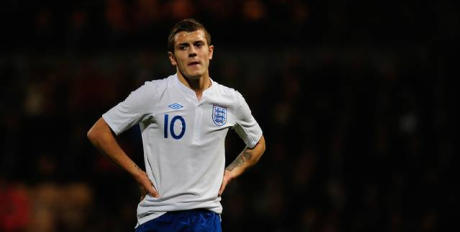 Arsenal midfielder Jack Wilshere starts his third consecutive game for his country this evening, as England take on Ghana in an international friendly at Wembley.

The 19-year-old starlet impressed again for the senior side when he played in the 2-0 Euro 2012 qualifier against Wales on Saturday.

Despite West Ham reportedly asking for Scott Parker to be rested, Arsene Wenger didn’t request the same treatment for Wilshere. In midfield, Frank Lampard has been released from duty, with Gareth Barry filling in and taking the captain’s armband.

£35 million man Andy Carroll leads the line on his second appearance for England.