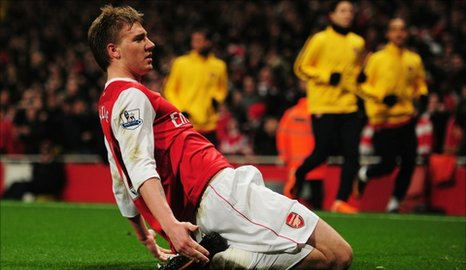 Nicklas Bendtner won’t be involved in today’s crucial Premier League clash against Bolton Wanderers, after the Danish striker revealed on his Twitter page that he is out with a ‘short-term’ injury.

The Danish striker has seen his opportunities limited since the signing of Marouane Chamakh and the impressive form of Robin van Persie and, when fit, Theo Walcott.

Bendtner was expected to be on the substitutes bench at the Reebok this afternoon, but his injury means that the 23-year-old will be fighting to face Manchester United next week.

“Out with an injury – hope to be back for next match. Come on Arsenal”, Bendtner tweeted.

Follow us on Twitter for all the latest team news and views ahead of today’s game at Bolton.