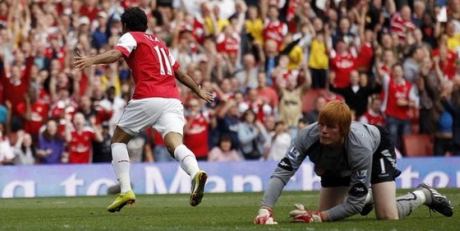 Despite another barren campaign for Arsenal in terms of silverware, Arsene Wenger’s side have continued to entertain their domestic and international audiences by scoring some of the most sumptious goals seen this season.