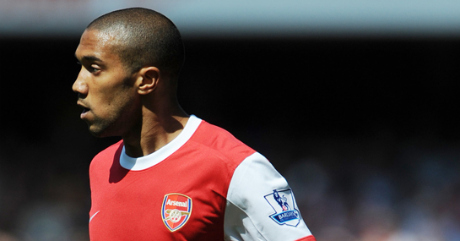 Arsenal have rejected Liverpool’s £5 million offer for left-back Gael Clichy, deeming it ‘derisory’ for a player of the Frenchman’s quality.

Clichy, 25, has still not signed a new deal at the Emirates Stadium and only has 12 months on his contract, with Gunners manager Arsene Wenger looking to avoid losing his defender on a free transfer next summer.

Liverpool’s Director of Football and former Arsenal scout Damien Comolli orchestrated Clichy’s move from Cannes to North London in 2003 and has targeted his fellow countryman in hope of solving the club’s left-back problems.

Wenger is still hopeful that Clichy will put pen-to-paper on a new long-term deal, although reports suggest that he has several targets in mind if the Toulouse-born star does decide to leave.

Meanwhile, negotiations are continuing with midfielder Samir Nasri, who is still expected to agree a contract extension in the coming weeks despite originally rejecting the financial terms offered to him.