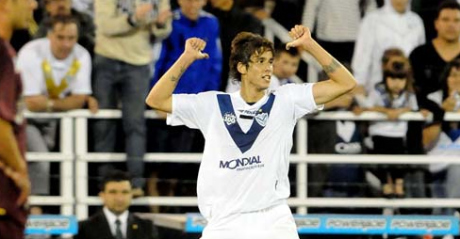 Alvarez, 23, is highly sought after by several European powerhouses after sparkling form in the Argentine Primera División last season.

Controversial figure Zamparini had previously told Corriere dello Sport that any move for Alvarez would be ‘difficult’ due to Arsenal and Malaga’s interest in the highly-rated attacker.

“We had a specific interest which we express as early as January. Unfortunately, a mistake on our part has happened and he has already signed for Arsenal,” Zamparini told Radio Kiss Kiss Napoli

Alvarez has been a member of the Velez squad since 2008, although a cruciate ligament injury suffered in the same year stalled his breakthrough into the first team.

The 6ft 2in Argentine, who also holds an Italian passport, is known for his versatility, and can play across the midfield, as well as a second striker.