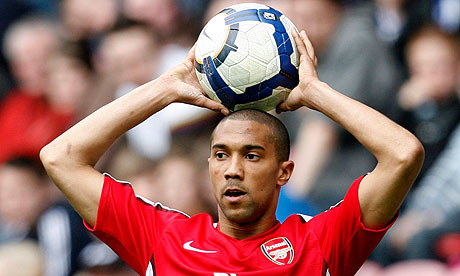 Serie A giants Roma have made a last-ditch attempt to sign Gael Clichy, while the left-back currently weighs up a contract extension offer from Arsenal.

After an eight-year stay in north London, various reports have suggested that Clichy has indicated a desire to make a move away from the Gunners this summer.

However, Arsenal boss Arsene Wenger remained adamant last week that he wants the Frenchman to stay, despite a whole host of interest and a recent ‘derisory’ £5 million bid from Liverpool being rejected.

“We have started talks with Gael and want him to stay,” Wenger said, according to Sky Sports.

Clichy’s boyhood team Paris Saint-Germain have also expressed an interest in him, although Roma are reported to have offered ‘better’ financial terms to both club and player.

Nonetheless, with Wenger now entering extended talks with the player, it could be worth putting a football bet on Clichy signing a contract extension instead of moving clubs.

Stay tuned for Gooner Talk’s exclusive interview with Arsenal Supporters’ Trust chief Tim Payton later this evening. Tim will be addressing all the big issues from Arsenal’s ownership, the future of Cesc Fabregas, to the transfer market and much, much more. Don’t miss it.