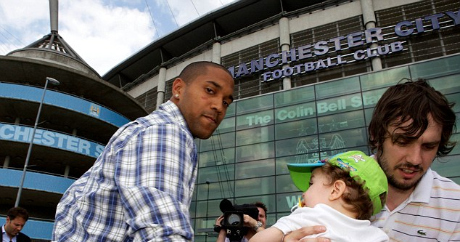 Gael Clichy has swapped north London for the north of England as he puts pen-to-paper on a four-year deal with Arsenal’s Premier League rivals Manchester City.

The Frenchman was pictured in Manchester on Sunday evening with agent Darren Dein and passed his medical earlier this afternoon at Bridgewater Hospital.

24-year-old Clichy, who had only a year left on his contract at the Emirates, has been linked with a move away from Arsenal all summer, with Liverpool and Roma actively interested in his services.

However, City moved ahead in the pecking order last week and are set to make the Frenchman their first signing of the summer. There have been suggestions that Nasri could also be a part of a double deal reportedly in the region of £27 million.

Clichy was the second longest serving player at Arsenal as of last season and the only one to have claimed a Premier League winner’s medal.