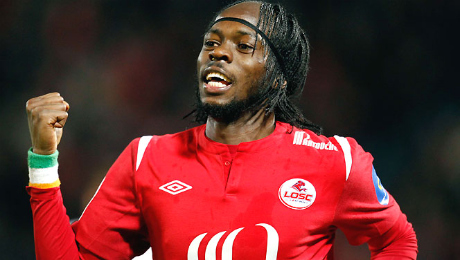 Arsenal are finally set to complete the signing of Lille forward Gervinho, after weeks of ongoing negotiations between the two clubs are almost concluded.

As Gooner Talk revealed at the beginning of the month, Arsenal held ‘positive’ talks with Lille director Frederic Paquet but managed to hit a stumbling block over the excessive 13 million euro fee being touted by the Ligue 1 side.

However, a final price of £10.7 million was agreed on Tuesday with Sky Sports reporting that ‘only additional bonuses’ were left to be discussed ahead of the Ivorian’s medical on Wednesday afternoon.

“I’m going there to play, not to be on the bench. Arsenal love the game. And I love teams that love the game”, Gervinho recently told FranceFootball.

The 24-year-old was a virtual ever-present for Lille last season, scoring 15 times, as they ended a 57-year wait for the league title. He was the only player to reach double figures for both goals and assists (10) last season.

Gervinho, who will sign a four-year deal at Arsenal, is only the Gunners second signing of the transfer window so far, and he follows Charlton and Finland Under 19 defender Carl Jenkinson to the Emirates.