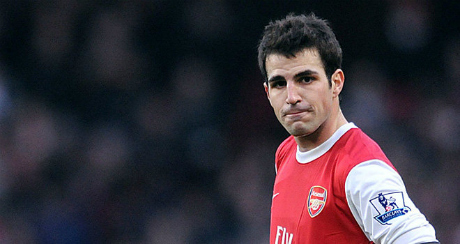 Cesc Fabregas won’t be involved in this weekend’s Emirates Cup tournament after Arsene Wenger revealed that the Arsenal captain ‘isn’t settled’ with his ‘injury’ and ‘situation’ at the club.

The Spaniard has not featured in any of Arsenal’s pre-season games so far, instead working on his match fitness with personal trainer Juan Ferrando following a troublesome hamstring problem.

Barcelona have made two offers for the 23-year-old – both under £30m – while Gunners chairman Peter Hill-Wood admitted yesterday that the Catalan giants need to ‘make their minds up’ before talks end between the clubs.

Make sure you keep up to date with all the latest Arsenal news by following us on Twitter.