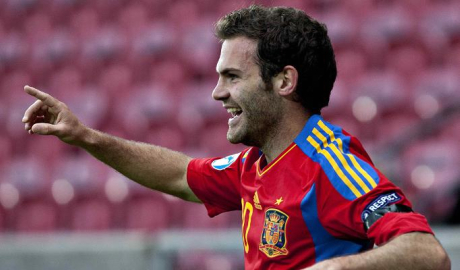 Arsenal’s chase for Spanish midfielder Juan Mata looks to have ended, with journalist Guillem Balague reporting that the Gunners failed to pay the 23-year-old’s buy-out clause before it expired on Sunday night.

Manager Arsene Wenger was seemingly in pole position to sign Mata, who according Balague, also had his heart set on a move to Emirates Stadium.

Highly-rated Mata was also said to be fielding interest from arch-rivals Tottenham, but preffered a switch to a club that could offer Champions League football.

Following the expiration of Mata’s buy-out clause, it appears unlikely that the La Liga giants will accept any offers which are under £28million or less.