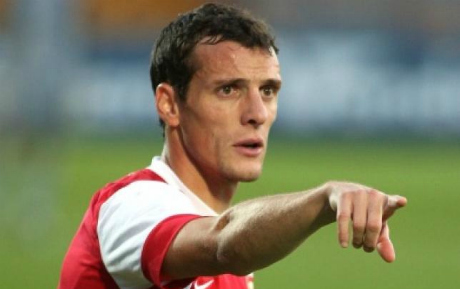 Arsenal defender Sébastien Squillaci is not in Arsene Wenger’s plans for this season, according to the club’s psychological profiler.

Jacques Crevoisier, who has known Wenger for over 40 years, told French TV that the former Sevilla centre back is unlikely to be involved in future matches – hinting that a quick-fix defensive acquisition will happen soon.

At 31-years-old, Squillaci is one of the elder statesmen of an Arsenal team which has struggled to address it’s centre-half issues over the past few seasons.

Crevoisier’s comments come as rookie defender Igansi Miquel was preferred on the substitutes bench over Squillaci during today’s 2-0 loss against Liverpool.

Spain Under-19 international Miquel recently told Arsenal.com that he is hoping to force his way into Wenger’s plans for the new season.