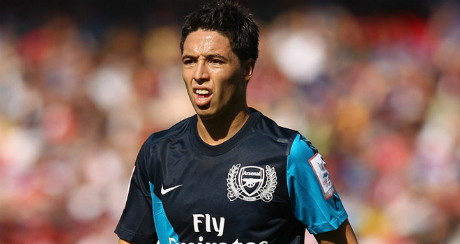 Arsenal have confirmed that Samir Nasri will be a Manchester City player shortly, with the Gunners accepting a fee in the region of £24 million.

The Frenchman’s big-money move will be subject to a medical and he will no longer travel with the Arsenal squad to take on Udinese tomorrow evening.

“The move will be subject to Nasri passing a medical and formal registration processes,” an Arsenal statement confirmed.

Nasri, 24, who has spent three years in north London, is expected to put pen to paper on a deal worth £200,000-a-week – over double of what Arsenal were prepared to offer him.

Nasri spent three years with Arsenal after joining from Marseille in the summer of 2008.