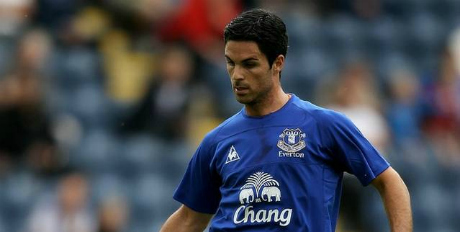 Arsenal have completed the signings of Mikel Arteta, Yossi Benayoun, Per Mertesacker and Andre Santos on Transfer Deadline Day.

After a frenetic day filled with high expectations and tensions, Gunners boss Arsene Wenger managed to secure the services of two new defenders and two midfielders – with Arteta joining minutes before the 11pm (BST) deadline.

Wenger, criticised by the fans for not investing in the team after the departures of defender Gael Clichy and midfielders Cesc Fabregas and Samir Nasri, acquired South Korea captain Park Ju-Young from Monaco earlier in the week.

“It is a big opportunity for me and my family and I think it is the right time for me to take it,” new-boy Arteta told Everton’s official website.

“It is a big challenge, a different challenge, fresh for me and I want to see myself on the biggest stage, the Champions League.

Arteta, 29, has the ability to play centrally or on either flank which will provide Wenger with some useful versatility, although it would be a surprise if, after the sale of Fabregas, the Frenchman sees Arteta as anything other than a central midfielder.

Meanwhile, Arsenal have agreed to play Werder Bremen in a pre-season friendly next summer, in a move which was agreed as part of the deal that brought Per Mertesacker to north London.

With thanks to Gunnerblog for the above image.