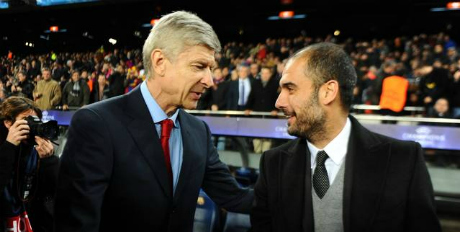 Arsenal manager Arsene Wenger believes Spanish giants Barcelona and Real Madrid are the favourites to win the Champions League this season – because they can rest their best players more than Premier League clubs.

The French tactician refused to rule out the likes of Manchester United and others, but admitted that keeping your best players injury-free is key to having a good run in all competitions.

In an exclusive interview with Eurosport, Wenger revealed how Arsenal lost out on silverware last season due to not having their ‘full potential’ on the pitch.

“These are two teams [Barcelona and Real Madrid] that have the most potential. I wouldn’t rule out anyone though, especially not Manchester United. I would add that the Spanish clubs will win their matches more easily than the Premier League as they can rest their players.

“You need to have your best players available between March and May, at a time when you can lose or win all the trophies in a week.

“Last year we played 27 matches between December and February, everyone was available between March and May, when we needed our full potential, we didn’t have it.”

Wenger’s side play their first Champions League group game against Borussia Dortmund next Tuesday, with the likes of Olympiakos and Marseille to follow in the coming weeks.

Stay tuned to Gooner Talk for all the latest Arsenal news, including injury updates and interviews from around the Gunners’ squad.

Kudos to Tahsin Bazzi for translation of the quotes.