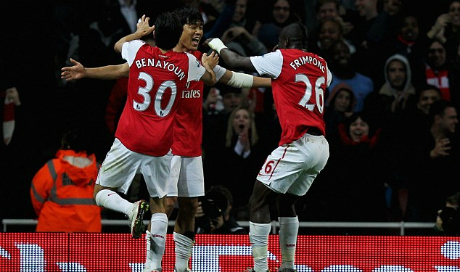 Arsenal fought back from a goal down to secure their passage into the Carling Cup quarter-finals against a determined Bolton Wanderers side.

Manager Arsene Wenger fielded a weakened line-up for the cup clash in a first half where Arsenal struggled to break down their opponent’s packed midfield.

Shortly after, Andrey Arshavin equalised following a good spell of pressure from the Arsenal midfield.

Park Chu-Young then scored a sumptious first Arsenal goal, placing his shot past goalkeeper Bogdan after receiving Arshavin’s through ball.