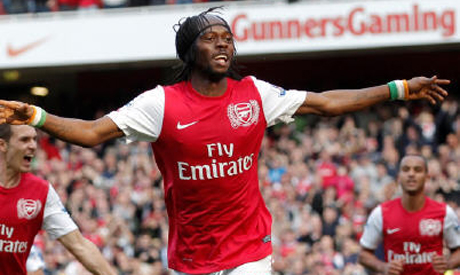 The bookmakers make Arsenal 1.44 shots to maintain their terrific run of form by beating Fulham in their London derby clash at the Emirates this weekend, and if the stats are anything to go by then another three points looks assured.

Fulham have never won away against Arsenal in any competition in 25 attempts, losing on 22 occasions, and the have won just one of their last nine PL games against the Gunners.

The Cottagers have also won just three out of 45 Premier League London derbies away from home and none of the last 34 since they beat Tottenham in August 2003.

No surprise then that Arsenal are long odds-on shots, and it really is impossible to envisage anything other than a comfortable victory for Arsene Wenger’s men.

However rather than play the 1.44 I think that backing Robin van Persie to score any time at 1.67 with bet365, Boylesports, Betfred and Paddy Power makes far greater appeal.

The Dutchman has done us plenty of favours in recent weeks thanks to his goal scoring exploits and has now scored 31 goals in 29 Premier League games in 2011 and seven in his last four appearances at the Emirates.

He has also scored in five of his seven Premier League starts against Fulham. I certainly wouldn’t want to desert a winning formula by not backing him to net, and also fancy him to score first as well at 4 with bet365 and Paddy Power.

The stats also suggest that Fulham will struggle to score and that throws up some plays in the correct score markets.