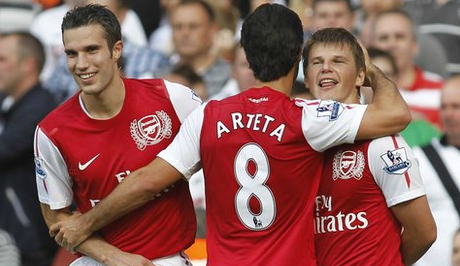 Arsenal face the acid test this weekend when they take on Man City at the Etihad stadium, but at at 5.5 with Betfred, Boylesports and Paddy Power look far too big a price to beat the Premiership leaders.

I can’t understand why they are so huge a price considering that they have been in terrific form in recent weeks and currently sit in fifth place –  just nine points behind their opponents.

Chelsea proved on Monday when coming from one down to beat City 2-1 that Roberto Mancini’s men are far from invincible, and Arsene Wenger will have taken plenty of encouragement from that result given that his side have looked very solid recently.

The stats certainly give Arsenal a better chance than what the bookies think, as City have lost at home to the Gunners 10 times in the Premier League and 20 times in all competitions.

The home side also really struggled in last month’s Carling Cup clash between the two sides, winning 1-0 with their only shot on target.

I really do think Arsenal are capable of serving it up to the City especially as they have the perfect striking weapon in the shape of  Robin van Persie.

The Dutchman has simply proved just too hot to handle this season and has now netted 33 goals in 32 Premier League games in 2011.

He has also scored an incredible 18 goals in his last 16 PL away appearances, so at 7 with Boylesports to net the opener has to be worth a small wager.

However an even better bet must surely be for him to score anytime during the 90 minutes. Boylesports go a standout 3 and that looks incredible value as some firms go just 2.25 for what has proved a winning wager for us so far this season

I fancy Arsenal to win this 2-1 and that outcome can be backed at a very tasty 19 with Betfred and Boylesports.