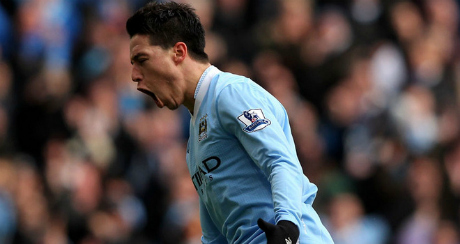 Former Arsenal midfielder Samir Nasri has admitted on Twitter that he’ll always be an Arsenal fan.

The 24-year-old was responding to an Arsenal supporter who tweeted him ‘Once a Gooner, always a Gooner’, with French international Nasri surprisingly quick to reply ‘same for me’.

Nasri, who has scored 3 goals and made 6 for City, left north London for Manchester in a £24million deal last August much to many supporters displeasure.

Earlier on in the season when City faced Arsenal in the Carling Cup, Nasri found himself the center of controversy after a post-match bust-up with Arsenal midfielder Emmanuel Frimpong – which stemmed from insults previously traded on Twitter.