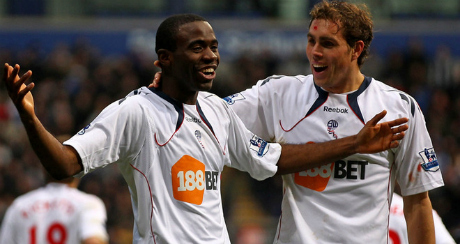 Former Arsenal midfielder Muamba collapsed on the pitch on 42 minutes and both sets of medical teams spent several minutes attempting to resuscitate him using CPR and a defibrillator.

Muamba was eventually carried off the pitch to applause as doctors continued attempt to resuscitate him, while players from both sides appeared greatly distressed.

Minutes later the match was abandoned.

The 23-year-old was born in the Congolese capital of Kinshasa, but came to Britain at an early age with his family. He graduated through the youth ranks at Arsenal, and was a regular for England at Under-21 level.