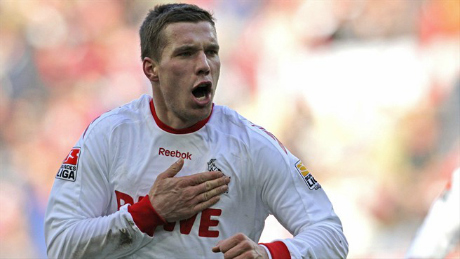 Highly-rated Germany forward Lukas Podolski will join Arsenal in the summer after his transfer from Cologne was finally ‘rubber stamped’ by the Bundesliga side.

Get the latest sports betting info on FreeBets.

The 26-year-old was a target for Gunners boss Arsene Wenger during the January transfer window but ultimately opted out of a move to north London viewing it as a risk to his place in the national side ahead of Euro 2012.

Cologne have agreed to part with their star man for a £10.9 million fee that could rise depending on appearances, his performances and how many trophies he picks up.

“The move to Arsenal provides a great opportunity for me to gain experience in international competitions at a European top club”, Podolski said in a statement on Cologne’s official website.

“I have made this decision not against FC Cologne but for this great opportunity and the good of my own individual development.”