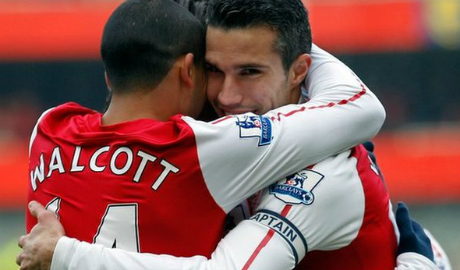 Arsenal are a top priced 1.25 to take care of Norwich at the Emirates this weekend and everything suggest they are bankers to do just that and step another step closer to securing third place.

In truth, both sides come into this in poor form having failed to win any of their last three games. However the Gunners are by far the better side and should have little difficulty getting back on the winning trail if the stats are anything to go by.

Arsene Wenger’s men have won each of their last four games against the Norwich and only Man City have conceded fewer home goals than them this season.

That’s good reading, especially when you throw in the fact that Paul Lambert’s men would be in the bottom three judged on their last six games and have conceded 11 times in the last 3.

It really should be easy for Arsenal, but rather than back them at a 1.25 I would suggest a punt on them in the HT/FT market at 1.67 with Paddy Power.

Norwich were dreadful in defence last weekend against Liverpool, and Arsenal are sure to go for it right from the first whistle.

I simply cannot see the visitors to hold out in the first 45 minutes, and the game could actually be all but over by half-time as the floodgates could open if Arsenal make an early breakthrough.

Robin van Persie got back on the scoresheet against Stoke last weekend, and once again is favourite to break the deadlock and is an obvious punt at a top priced 3.5 with Paddy Power.

Also given that only Liverpool have allowed fewer shots on target against them in the top flight this season, it’s not hard to see Arsenal keeping a clean sheet against a visiting side that lack any real firepower.