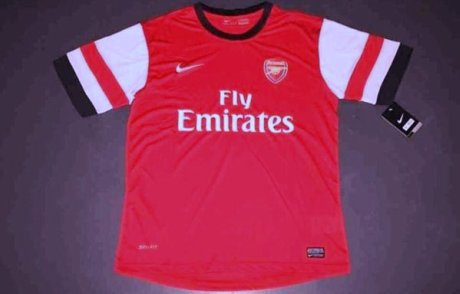 Arsenal’s 2012/13 kit was revealed in the club’s shop earlier today.

The Arsenal shirt appears almost unchanged from this season’s offering, apart from navy trim around the neck and sleeves.

As has been the norm since 1995, the design was thought up by a mixture of Nike and Arsenal’s commercial departments with many Gooners still undecided on whether the shirt is ‘better’ than the current 125th anniversary kit.

What are your thoughts about Arsenal’s new home shirt for next season? Share your opinions in the comments section below.