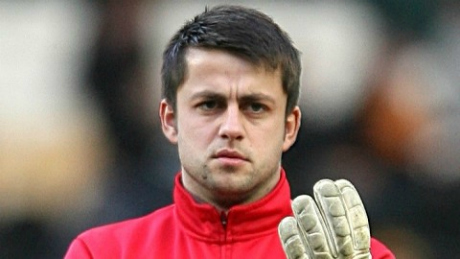 Fabianski was replaced as Arsenal’s first-choice goalkeeper by fellow Poland international Wojciech Szczesny in the 2010/11 season, and has since been unable to dislodge his compatriot.

The 27-year-old has previously admitted Wenger scuppered his plans to leave in the January transfer window, with the Frenchman adamant that Fabianski can become the ‘best’ if he puts his mind to it.

“Let me surprise you: Lukasz Fabianski could become the best goalkeeper in the Premier League, even better than Wojciech Szczesny”, claimed Wenger.

“He has incredible skills and dynamics. His problem is psychological – he relives his every mistake or moment not playing. I was hoping that the Euro 2012 Championships might help him; his injury is a great misfortune.”

Fabianski was named in Poland’s 26-man preliminary squad for Euro 2012 but had to pull out after injuring his shoulder in a training session.

With thanks to Matt from Gunners.com.pl for the translations.