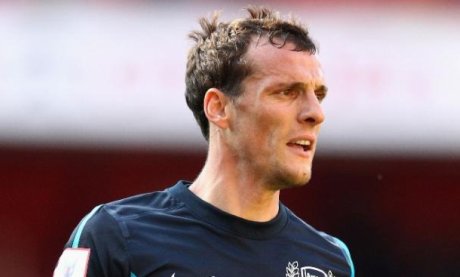 Greek giants Olympiacos are interested in signing Sebastien Squillaci with the Frenchman close to mutually terminating his contract at Arsenal.

Squillaci, whose contract expires next summer, moved to Emirates Stadium on a three-year deal in 2010 and was deemed surplus to manager Arsene Wenger’s plans last summer but a permanent move never came to fruition despite tentative interest from AS Monaco.

Olympiacos have already drawn up a 1 million euro a year contract offer for Squillaci due to Olof Mellberg’s likely departure and Avraam Papadopoulous’ long term knee injury sustained at Euro 2012.

Ex-Sevilla centre back Squillaci has made just 23 appearances since arriving from Spain in 2010.

With thanks to Greek football writer Kostas Xydias.