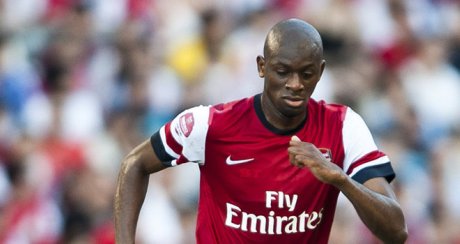 What we are hearing at the moment is the typical anti-isms that always seem to come out to after a player leaves to ensure they are not missed. We, the fans, propagate this and it makes us feel better. The so-called ‘unprofessionalism’ of Alex Song is only an issue now that he has left. It did not bother us when he made 11 assists last year, and yet knowing a player with such conduct has gone does provide an abstract relief. I like knowing that, for the most part, the squad is full of hard working sportsmen.

To not sell Song would have been a danger to the squad balance since Robin van Persie was one of just four or five ‘old school’ pros at the club. He works hard, lives for his family, enjoys having responsibility. Song was not from that from that mould, nor was Adebayor, Bendtner, Pennant, or Bentley. Wenger, in selling two so very different people, has cancelled out the social impact on the squad.

What Arsenal will miss is the ability of Song to ease a man out of possession with his athleticism. At 17 he was just as big as he is now but had little stamina. Desperately unimpressive, sluggish and lacking concentration he could go down as one of Wenger’s best finds. He must have superb on the training pitch because in the early periods he showed next to nothing.

A loan at Charlton Athletic invigorated him. Suddenly we were talking about the young African spraying the ball from left to right against Manchester United. Alan Pardew, manager there at the time, said he did not want to embarrass him but he could have been wearing a United shirt that day such was his quality.

Arsenal are on the look-out for one more midfielder to fill the void left by Song – but where does his departure leave the Gunners’ tactically?

It seems that Mikel Arteta or Diaby look likely to play in the deeper position. Arteta could spray passes from the position of a quarterback, whilst Diaby’s power suits could suit the position the way Yaya Toure did at Barcelona. In fact, being the glue between defence and attack could not only reinvent Diaby but protect his joints from attritional box-to-box competition.