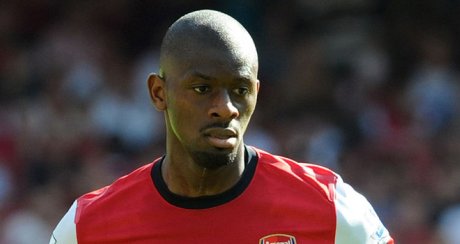 Arsenal boss Arsene Wenger will hand midfielder Francis Coquelin a surprise start later today against Southampton, after Abou Diaby was deemed too much of an injury risk to be involved from the start.

Wenger revealed the hip problem Diaby suffered during France’s victory over Finland last week is not serious, but may not risk him ahead of the Champions League opener against Montpellier three days later at Stade de la Mosson.

Coquelin played against Southampton in pre-season’s Markus Liebherr Memorial Cup tournament, with Wenger ready to bring him onto the competitive stage for the first time this season following recent comments bemoaning the 21-year-old’s lack of playing time.

Theo Walcott is set to come back from a virus to face his former club, while goalkeeper Wojciech Szczesny is also expected to get the nod over Vito Mannone following the Polish international’s recent return to fitness.