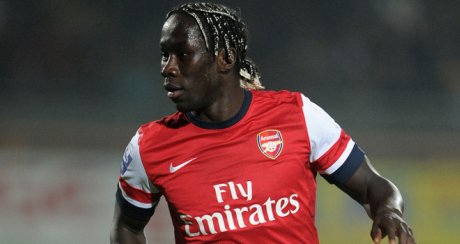 The French defender blanked ex-Gunners striker Adebayor before embracing his France international colleague William Gallas – another player who has used to ply his trade for Arsene Wenger’s side.

Sagna’s refusal to acknowledge Adebayor may have contributed to the Togolese frontman’s temperamental performance in the game after was sent off following a spiteful-looking challenge on Santi Cazorla, just 7 minutes after scoring Tottenham’s opening goal.

Arsenal’s Andre Santos recently found himself at the centre of controversy after he accepted Robin van Persie’s shirt as a souvenir at half-time of a crucial league game, and Sagna’s focused attitude is something which he can certainly look to copy.