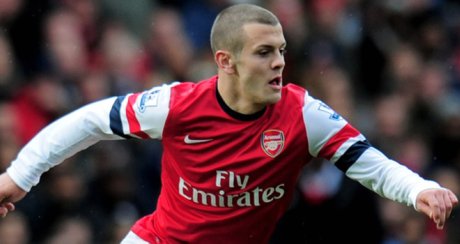 Jack Wilshere could go on to become one of England’s best ever players, according to Arsenal’s Head of Youth development Liam Brady.

Former Arsenal midfielder Brady made over 200 appearances for the Gunners between 1973 and 1980 and has praised 21-year-old Wilshere’s impact since returning from his lengthy lay-off with ankle and knee injuries.

Brady, who will be leaving his role as Head of Youth Development in May next year, was integral in bringing Wilshere through the Gunners’ youth system and believes that the Englishman can play a major role for his country in years to come.

“He’s one of the best England players around,” Brady told talkSPORT.

“He will play an enormous amount of games for his country. Everyone was nervous about his comeback but he has improved every game, and against Liverpool he was outstanding.

“He’ll be up there with the most skilful players England have ever had. People like Glenn Hoddle, Paul Gascoigne and Wayne Rooney. Jack Wilshere will be in with those sort of players.

“He’s a leader. When you watch Arsenal, they give him the ball to make things happen. He’s leading the team now.”

Meanwhile, Brady himself is expected to be offered a scouting position at the club when he leaves his current role at the end of next season.