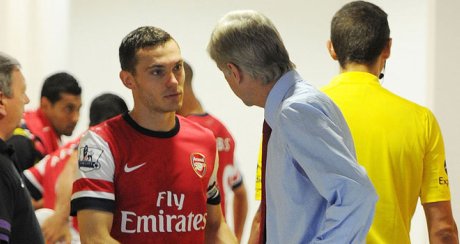 Arsenal captain Thomas Vermaelen says he has no intention of leaving the club anytime soon, just days after being linked with Spanish giants Barcelona.

The Belgium international arrived at Emirates Stadium from Ajax in 2009 and has gone on to captain Arsene Wenger’s side this season following Robin van Persie’s summer departure.

Vermaelen, 27, has previously hinted that he will look to see out his playing days in North London and told sports portal NIS that he doesn’t see his future elsewhere.

“I do not want to leave Arsenal. Not now. I’m an Arsenal [player and I will always do my best to achieve the best possible results with this club.”

Related Article: “I want to buy a house in London, but you never know how long you’ll stay”, says Vermaelen.