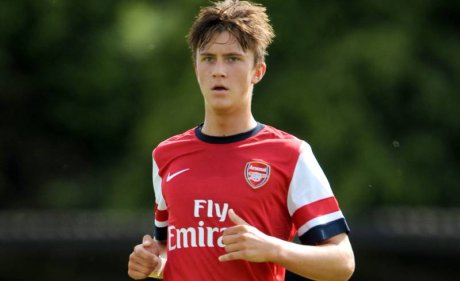 Highly-rated Arsenal youngster Kristoffer Olsson is hopeful of making a first team appearance for the Gunners next season.

The Sweden youth international, considered one of his country’s biggest prospects, has stood out as a key player for Arsenal during their recent run to the NextGen quarter-finals.

Olsson has previously drew praise from Arsenal U21 coach Terry Burton and the 17-year-old is adamant that he can make his mark on the first team next season.

“I hope to get a chance [in the first team] next season”, revealed Olsson.

“It has been my goal and that’s what I work for every day that one day play in front of a packed Emirates with mass stars around me”.

With Serge Gnabry and Thomas Eisfeld already blooded in the first team this season, it now seems that other opportunities may follow for Arsenal’s over-achieving NextGen youngsters.