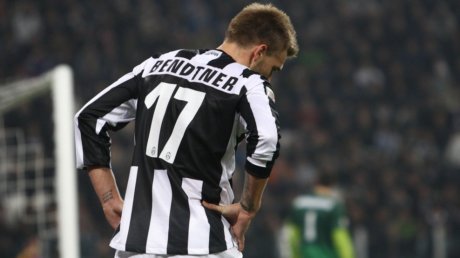 Nicklas Bendtner scored two goals for a Juventus second string on Friday as he returns to fitness following a long-term groin injury.

The much-maligned Danish international has endured a frustrating campaign on loan at Serie A giants Juve this season after suffering problems both on and off the pitch.

Bendtner felt the wrath of a six-month ban from international football after he was arrested for drink driving last month – a move which has infuriated officials in Turin and north London.

25-year-old Bendtner stepped up his comeback from injury on Friday where he scored twice for a Juventus second-string team in a 3-2 friendly win against minnows A.C. Lumezzane.

Arsenal-owned Bendtner is pinning his hopes on securing a permanent move away from the Gunners this summer, but will return to London Colney for pre-season training in July if the club fail to sell him.